After not using X-Plane for quite a long time, recent improvements in FPS via Vulkan API implementation, and a literal plague, have dragged me back into it. So I thought I’d chip away at a few updates to my Ortho-photography while I’m stuck inside.

So what have I been up to?

There aren’t a huge amount of problems to solve, so I’ve focused on updating some areas that bothered. One was that Queenstown has developed new suburbs. So I’ve added in more recent imagery from LINZ and photoshopped that into the existing textures:

Queenstown Airport is to the bottom left. A new suburb is just over the river. 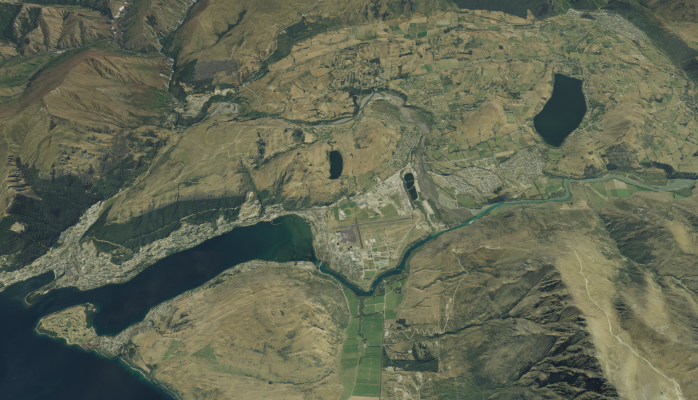 The whole basin around Queenstown has been updated.

Around Arrowtown the new imagery is the flatter land and town, while the hills come from the old textures.

Looking at this being done, but without correcting for the colour differences you can really see the new imagery versus the old:

LINZ images are much more blue

There are quite a few areas on the existing imagery where I’ve photoshopped out clouds or fog, but with not other details to replace the clouds with, you end up with a weird smug, repetition, or blur.

Given a bit of time to make another pass, I’ve downloaded LINZ data from other imagery sets and cobbled over these areas. In the background hills below, the lighter brown is from LINZ.

Another merge of imagery

Here’s a quick and embarrassing before photo: 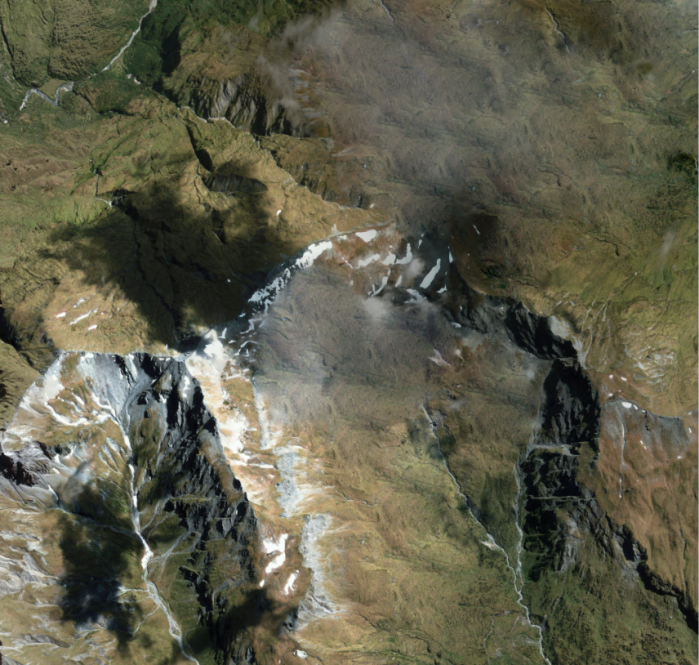 Same photo, now with the end result of merging in imagery from a LINZ photography set: 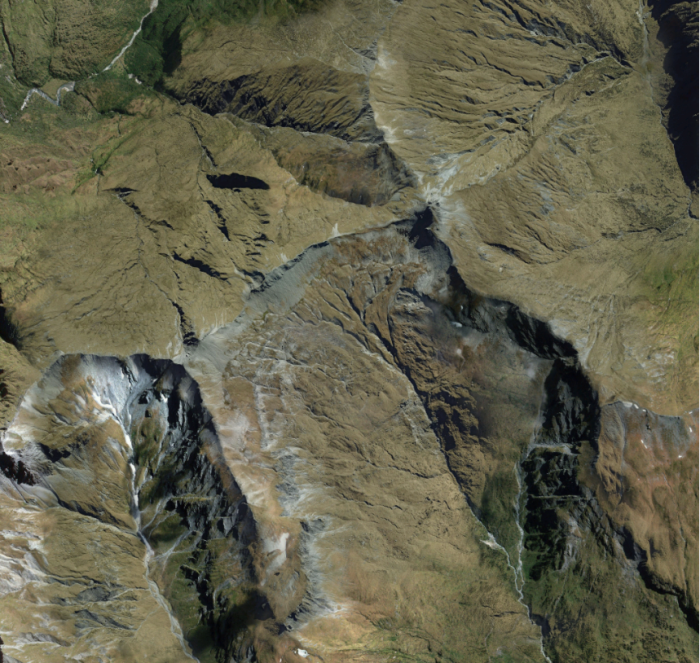 A sad loss of snow, but much nicer overall!

Finally, I’ve updated the bump mapping, so as you get close to the ground, you can still see the rough textures, which is useful to keep the immersion when the ortho is blurry.

This close, the ortho should look awful, but it fades away under the bump mapping.

Sneaky clouds and fog, to painful to fix without other imagery.

There is still a way a go around Queenstown. Do you have an area that needs updating or fixing in the Ortho? Comment below!

I’ve also updated the included Overlay to give a slightly better road layout, but there’s not much control I have over that.